Multiplayer 3D shooter, based on Quake 3 Arena FPS.
Supports online matches and offline play with bots. Deathmatch, Capture the Flag and 10 other game modes are available.

Gamepad is required for Android TV.

Five touchscreen control modes available:
shoot button mode is similar to other mobile 3D shooters.
tap to shoot mode moves fire button under your finger, so you never miss it.
floating crosshair mode allows for faster aiming – drag crosshair across the screen to shoot, touch screen borders to look around.
shoot under finger mode shoots where you touch, but does not move crosshair from the center of the screen.
aim under finger mode is similar, but moves fire button under your finger instead of shooting immediately.


Swipe the screen to quickly rotate 180 degrees.
Double-tap joystick to jump.
Touch weapon icons at the top to select a weapon.
You can configure buttons layout by clicking Change device config button when the game starts, then selecting On-screen keyboard and Customize layout.
You can switch to first-person view in settings.
Voice chat is supported – switch Voice chat option to Shake and talk, and shake phone during game to send your voice to other players. Some servers may disallow voice chat.
You can enter console commands using button at upper-left, start command with / symbol.

Gyroscope aiming is supported (not all devices have gyroscope).
Gamepads with two analog sticks are supported (PS3, Xbox gamepads, SHIELD).
Google Cardboard VR is supported, you will need a gamepad to use it.
Mouse will not be supported, because it’s technically impossible on non-rooted Android, and because it gives an unfair advantage over other players.

Source code can be downloaded from https://sourceforge.net/projects/libsdl-android/files/OpenArena/

You can run your own dedicated server, using this package: http://sourceforge.net/projects/libsdl-android/files/OpenArena/OpenArena-dedicated-server-0.8.8.32.tar.gz
More info about running servers at http://openarena.wikia.com/wiki/Servers 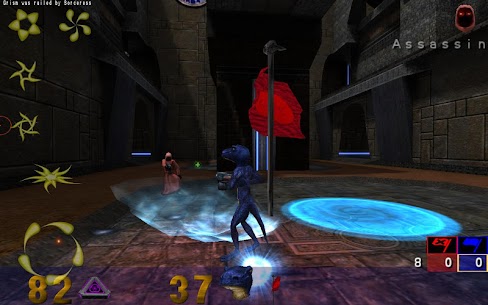 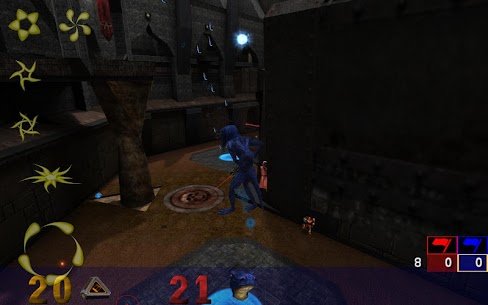 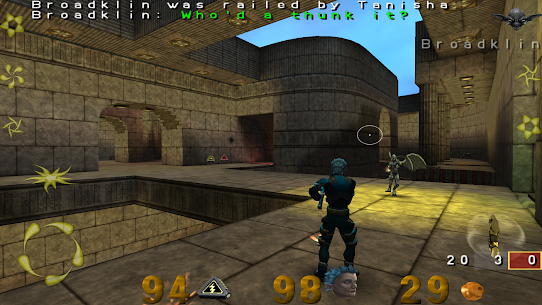 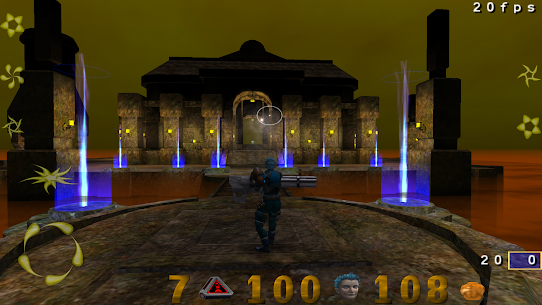